Courtney Strean’s legal practice focuses primarily on the areas of business and corporate law, creditor remedies, and real estate law. She works diligently to provide practical and candid advice to the firm’s clients—the value of which she understands from managing and owning a business.

Courtney was raised in Elysian, Minnesota. She completed her undergraduate coursework at Minnesota State University, Mankato and attended the University of Minnesota Law School. Courtney was admitted to the Minnesota State Bar in 2004 and spent the first two years of her legal career as a Judicial Law Clerk for the Honorable Bernard Borene in Rice County District Court. Courtney is also admitted to practice before the United States District Court for the District of Minnesota. Courtney joined Sanford, Pierson, Thone & Strean in 2007 and became a partner of the firm in 2012.

When she’s not in the office, Courtney enjoys spending time with her husband, daughters, friends and family in a variety of activities, which include anything from mucking out a barn stall, screaming at the Vikings in rube-like fashion, or trying new foods on a night out in the Twin Cities (or other exotic locales when she is lucky enough to travel). 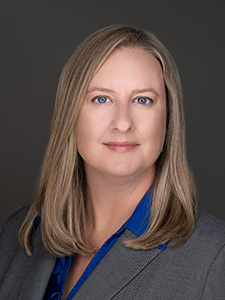